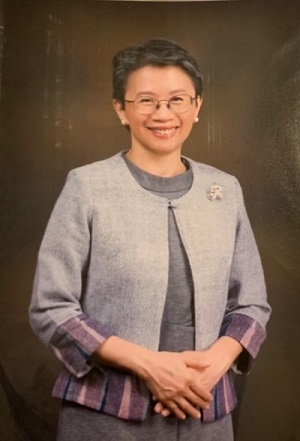 H.E. Phasporn Sangasubana
Ambassador Extraordinary and Plenipotentiary of the Kingdom of Thailand to the Czech Republic


Ambassador Sangasubana supported Thailand as ASEAN Chair in 1987, 2009, and 2019. She also assisted Thais during the Gulf War (1990) and supported Thailand’s campaign as the Candidate to the Secretary-General of the United Nations (2004-2006). Moreover, she was the Chair of the Committee of Permanent Representatives to ASEAN (CPR), Chair of the ASEAN Connectivity Coordinating Committee (ACCC) and Chair of ASEAN Advisory Board, ASEAN Institute for Peace and Reconciliation (ASEAN IPR) in 2019 and the Chair of Board of Trustees of ASEAN Foundation in 2020.


She has been awarded with the Knight Grand Cordon (Special Class) of the Most Noble Order of the Crown of Thailand in 2021.